By Daniel Martin Policy Editor for the Daily Mail

Boris Johnson is facing a potential Cabinet revolt after it emerged the government wants to make it easier to build onshore wind farms.

Planning controls are expected to be relaxed as part of the new energy security strategy due next week. 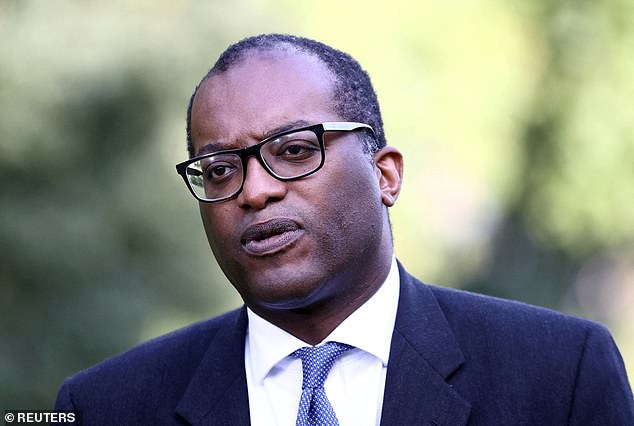 But the issue is likely to be contentious with the conservative base, many of whom do not want to see local residents’ ability to oppose wind farms quashed.

Eight of Mr Johnson’s cabinet ministers, including Priti Patel, Nadine Dorries, Nadhim Zahawi and Jacob Rees-Mogg, were among 101 Tory MPs who signed a letter to former Prime Minister David Cameron in 2012 calling on the government withdraw subsidies for farms and ensure that the planning system ‘takes due account of the views of local people’.

Mr Kwarteng said Britons had since changed their minds about wind farms.

Tory MP Bob Blackman said: ‘It would be a total disaster. It’s extremely unpopular, they’re ugly, and they don’t necessarily produce enough energy. I think if we start getting into energy supply, it should be fracking, not onshore wind.