Yesterday, Reverend Tyrel Bramwell of St. Mark’s Lutheran Church in Ferndale recited scriptures as a protest against a sign posted in his church unfolded in front of him. [All photos and video by Mark McKenna]

Between 60 and 100 people demonstrated in Ferndale yesterday to assert the rights of LGBTQ people after the Lutheran Church in St. Mark’s published “” Hurt by LGBTQ Culture? Healing Here ”earlier this week. Although peaceful protesters chanted various slogans such as ‘God is love’ as they walked through town this morning, residents of Ferndale discovered that someone had vandalized the church sign with black letters. proclaiming “Hate and hypocrisy !! 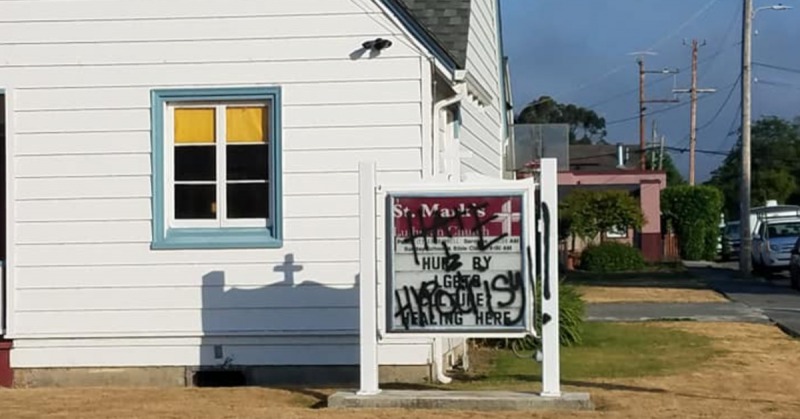 Yesterday’s walk through town, however, seemed peaceful. When protesters gathered at St. Mark’s Lutheran Church, pastor Reverend Tyrel Bramwell told them that Jesus had died on the cross for them.

“I am the first among sinners,” he said. “And as a sinner, I want to help other sinners. Like all Christians. Brothers and sisters, we ask you to take your heart and remove the hatred from it. It’s not meant to be hateful. The agitators have stirred up hatred in your heart.

For their part, the crowd of demonstrators chanted: “Love is love” and “God is love”.

Below, photos of the event. 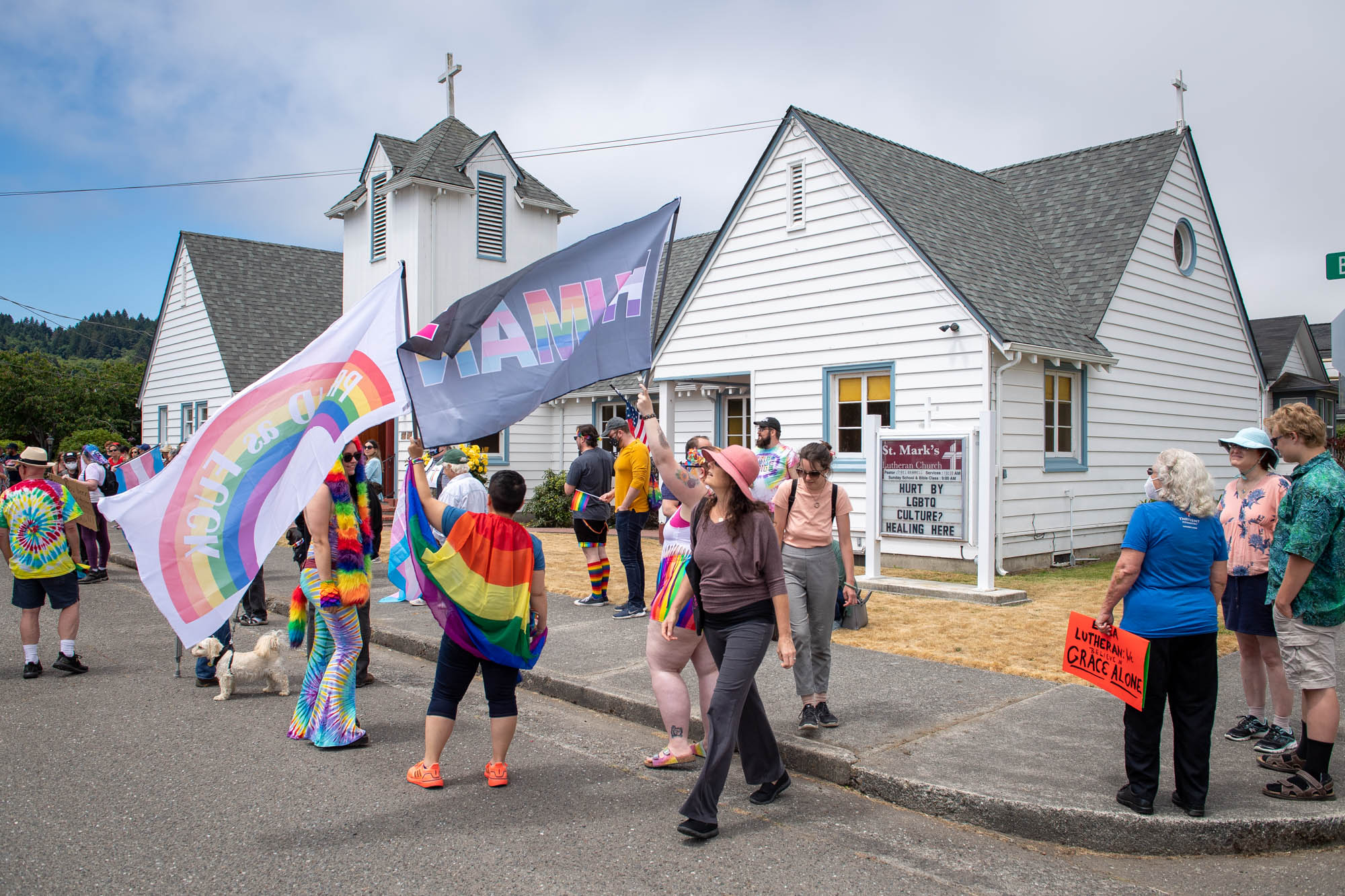 People gathered in front of St. Mark’s Lutheran Church yesterday after footage of a sign posted by the church saying “Injured by LGTBQ culture? Healing Here ”has started to make the rounds on social networks. 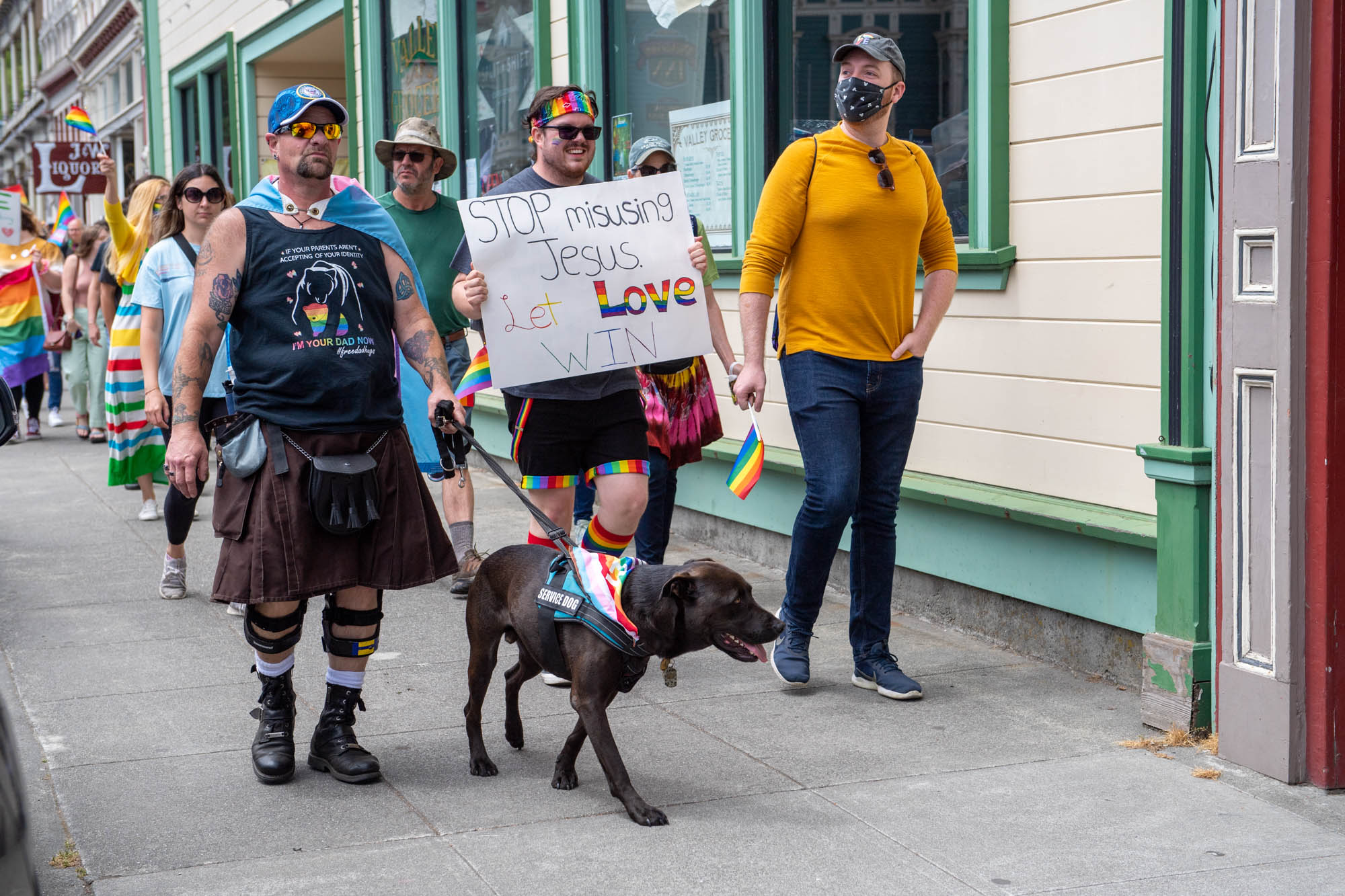 Kaelan McCarthy, left, said he saw a post from Scotia Lodge on social media about the protest and helped spread the word. 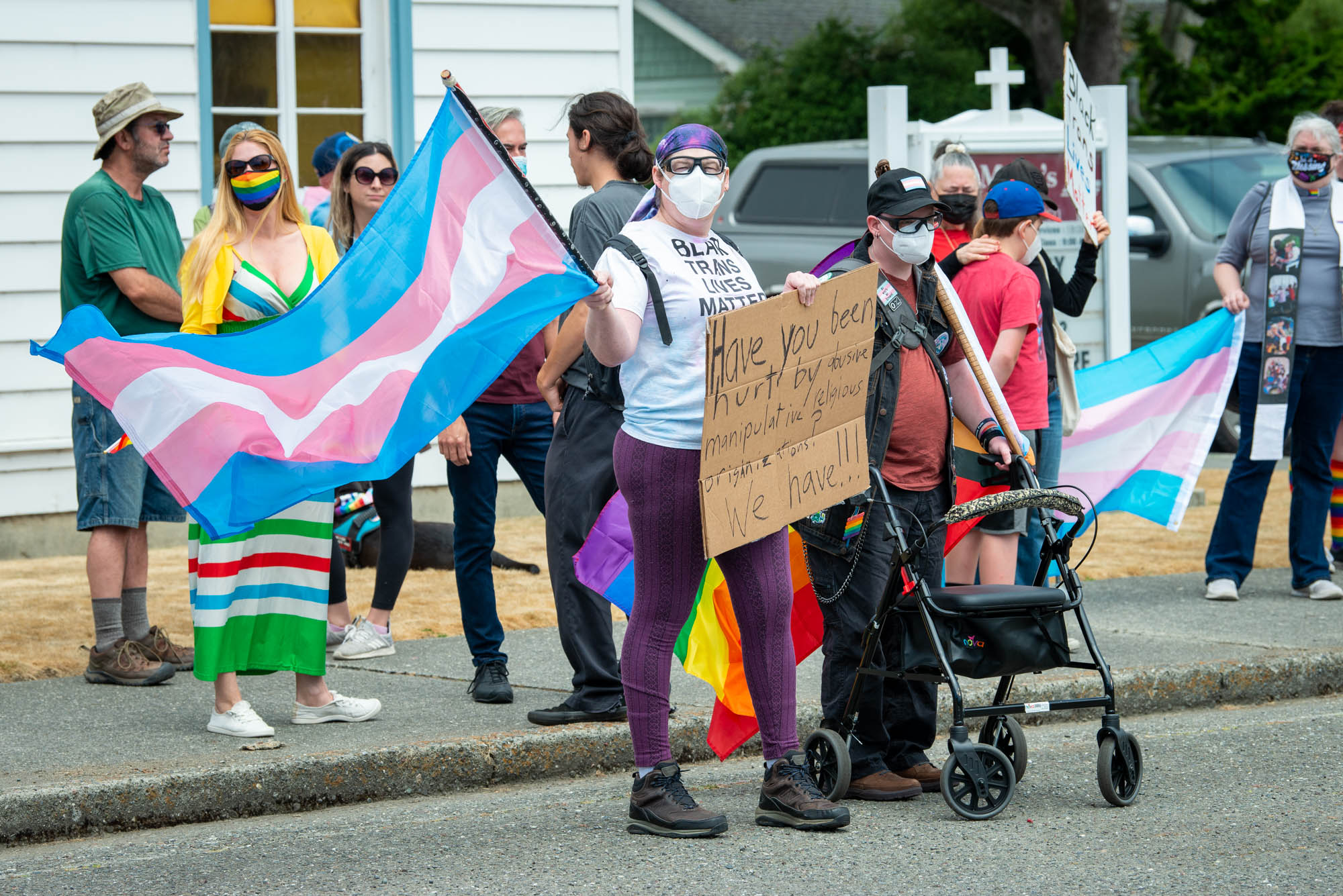 Skyler Jacobs, of Arcata, holds a sign asking: Have you been hurt by abusive manipulative religious organizations? We have!!!” 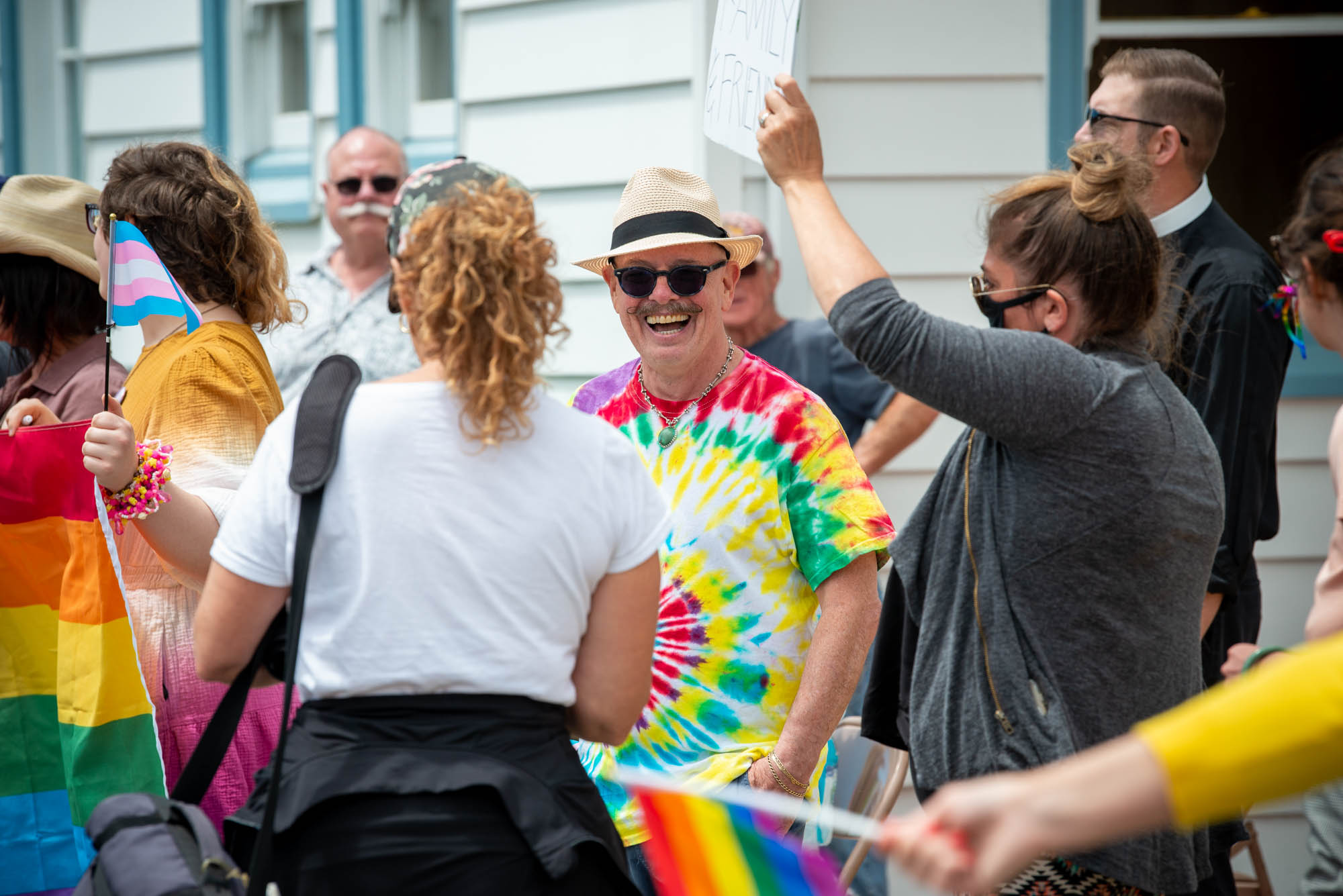 Chris Tanner lives in New York City, but often visits his mother in Ferndale. He laughs after Pastor Tyrel Bramwell of St. Mark’s Church gives him a piece of literature. 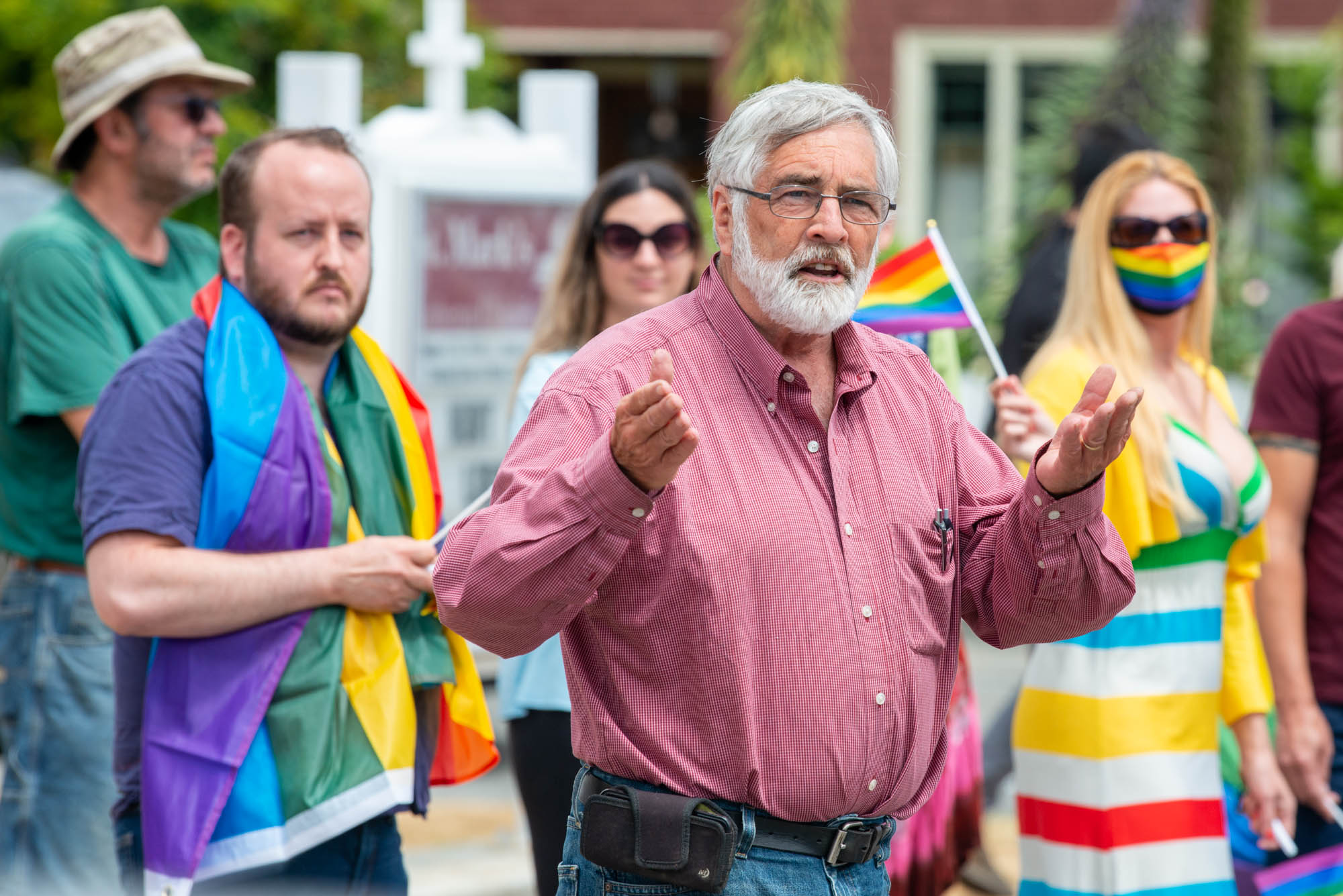 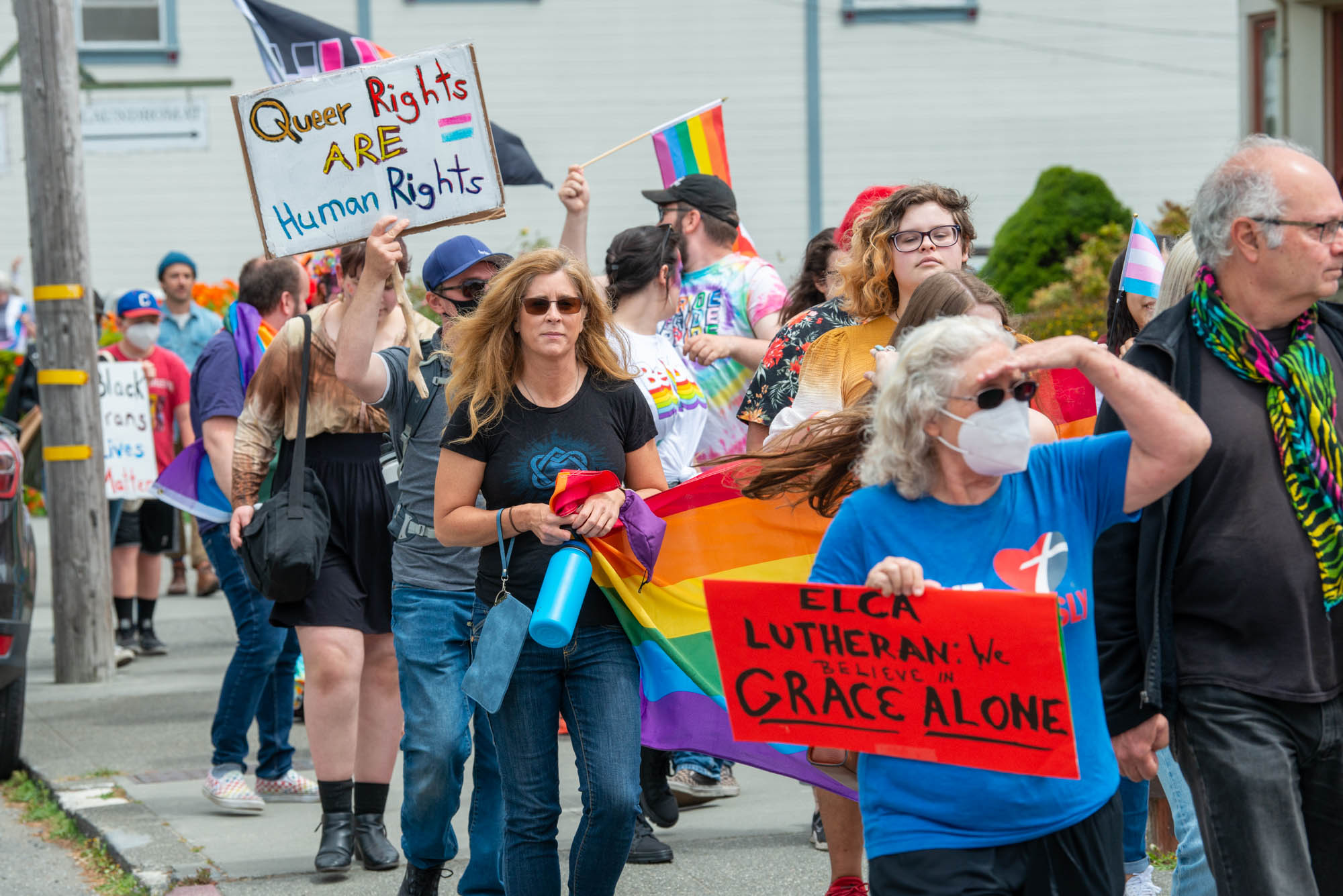 The crowd left the church and walked down Main Street. 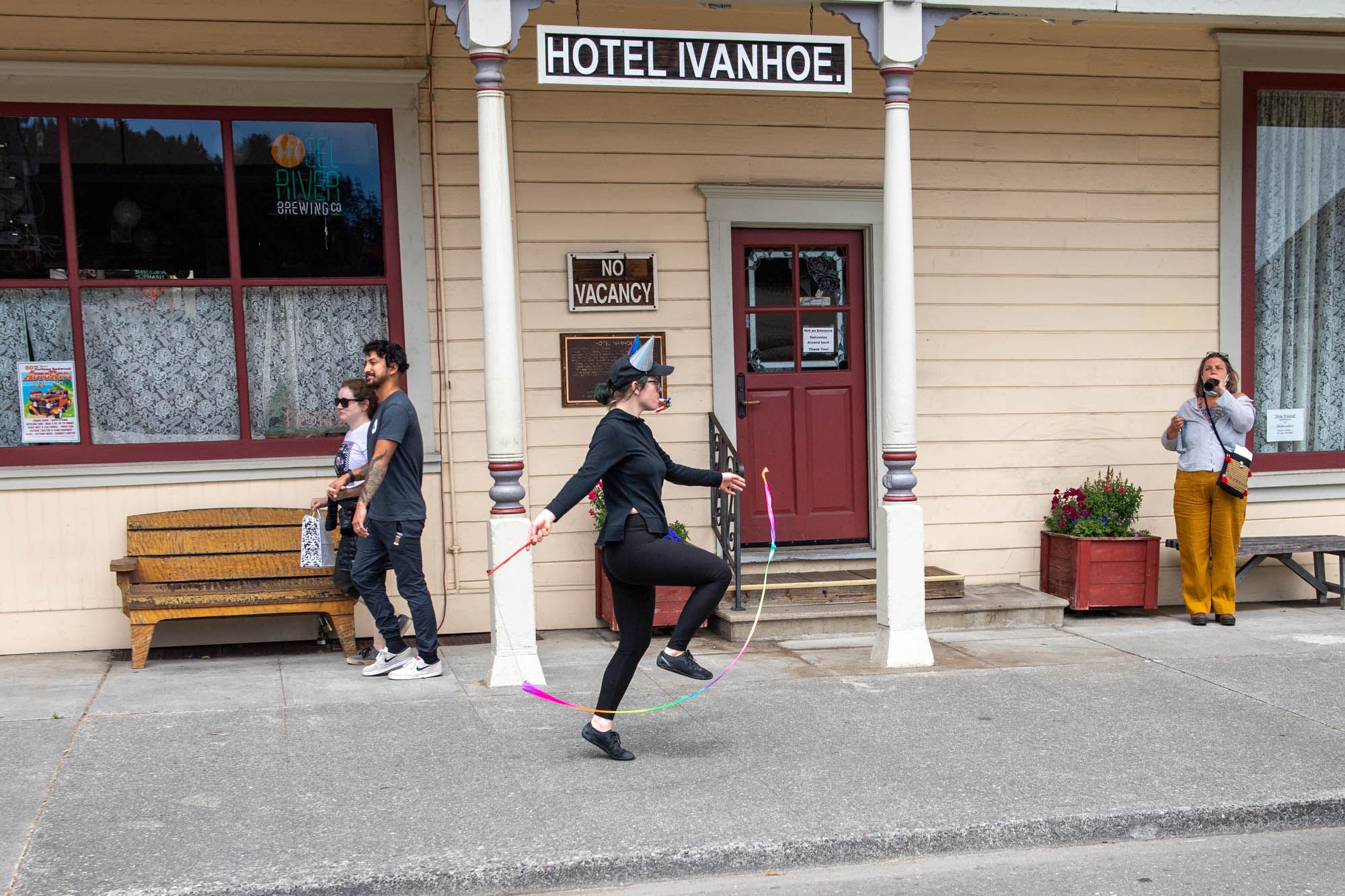 Bronwyn Arnold, a resident of Ferndale, walks past the Ivanhoe while spinning a rainbow ribbon.

Another sign referring to the message posted in Saint-Marc. 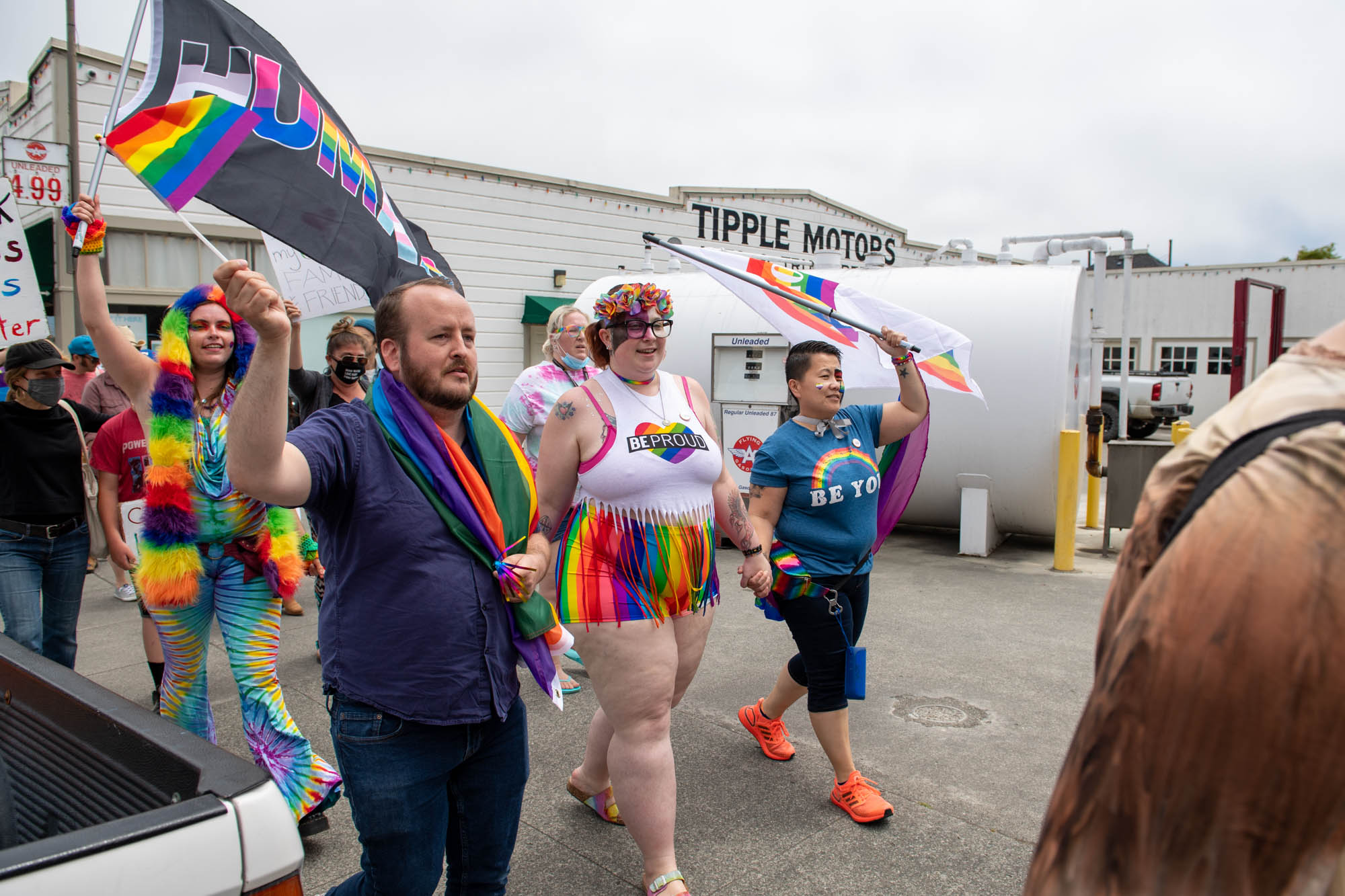 Michael Winandy, left, was at the demonstration in Arcata on Friday where a pride flag displayed in a public garden was cut and burned. 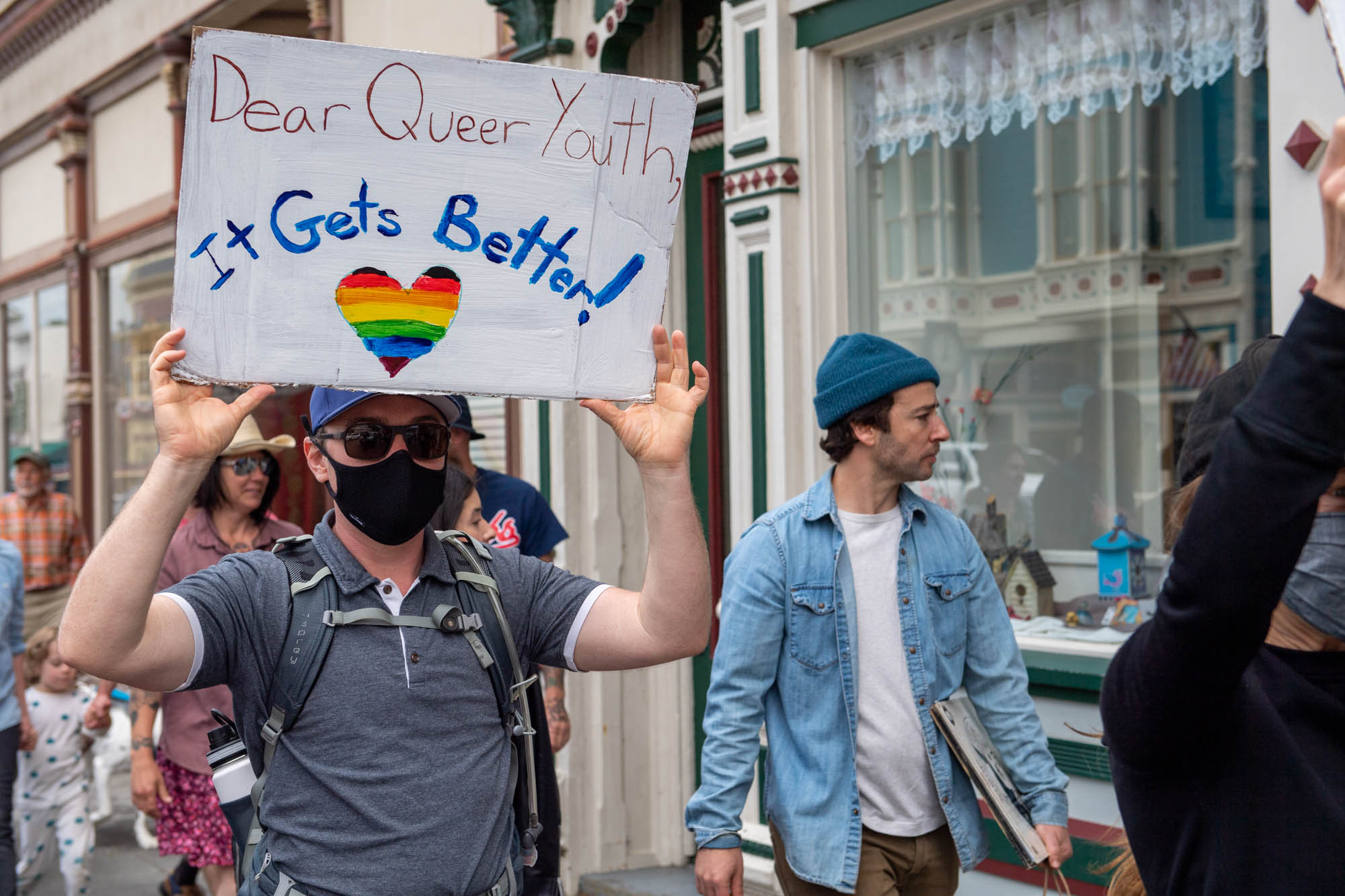 Lark Doolan, who is the Superintendent of the Peninsula Union School District and Principal of Queer Humboldt, holds a sign with a message for young members of the LGTBQ + community. 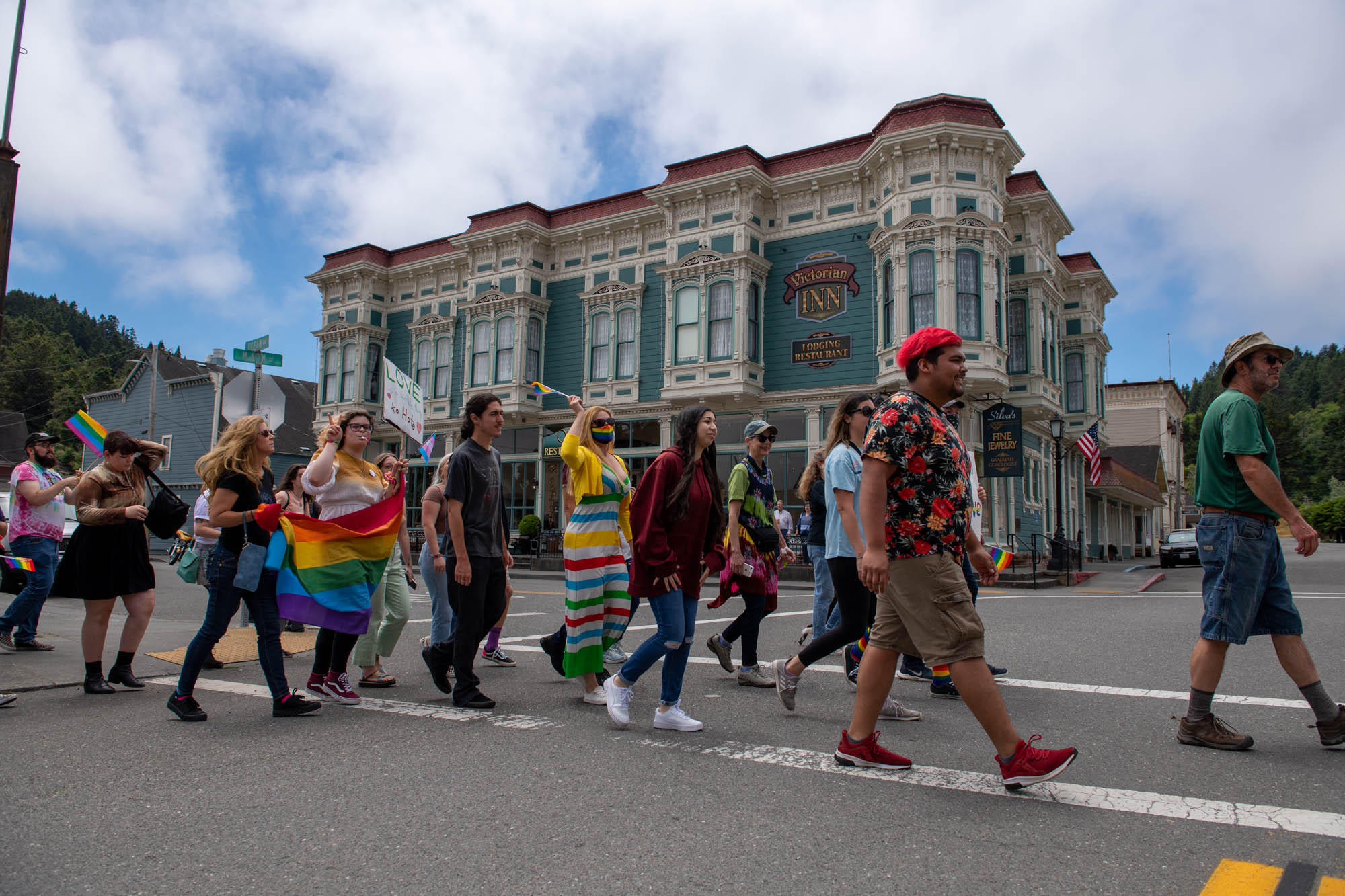 The mach moved up Main Street after reaching the intersection with the Victorian Inn and the Ivanhoe.