EMILY PRESCOTT: Where BoJo got his mojo: New Chums TV series will focus on the Oxford University days of Boris Johnson, David Cameron and Dominic Cummings

By Emily Prescott for the Sunday Mail

The strained relations of the curators with broadcasters could be about to become even more frosty.

Never-before-seen images from photographer Dafydd Jones’ library also feature in the six-part series, including one similar to this shot of Boris at the Sultans’ Ball.

The series is based on a book by Simon Kuper, who says, “When you see these people at 18, you recognize them immediately. It’s scary how they haven’t changed.

‘Oxford is a virtual film set. Harry Potter was filmed there. Boris and Co were like wizards without the magic. Granted, they were as far removed from ordinary people’s lives as Harry Potter.

Never-before-seen images from photographer Dafydd Jones’ library feature in a new six-part series, titled Chums, including one similar to this snap of Boris Johnson at the Sultans Ball while at Oxford University 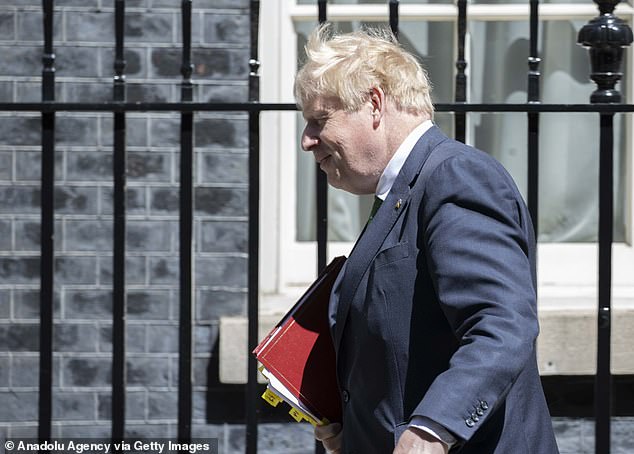 A refugee finds his home at Yana’s mansion

A Ukrainian refugee teenager has landed on his feet – he’s housed in the pile of model Yana Max and her Russian husband, fashion mogul Leon.

Yana, who is from Ukraine, bravely traveled to the Polish border to bring 16-year-old Artem back to Easton Neston House in Northamptonshire, a property that cost Leon £15million in 2005.

They were helped by former MP Brooks Newmark, who helped thousands of refugees, including a mother and daughter who now live in his lavish Belgravia home.

Upon arriving, the woman asks, “Isn’t that where all the Russian oligarchs live?” Brooks replied, “Not anymore!”

A Ukrainian refugee teenager has landed on his feet – he sits in the pile of model Yana Max (above) and her Russian husband, fashion mogul Leon